In 2020, we established the new Blackwater Festival Opera Bursary Award. This annual €10,000 award was founded with the support of a private donor. The bursary winners are selected by the festival’s Artistic Director, Dieter Kaegi, and are encouraged to use the funding to further their musical education and performing ability.

The establishment and development of a bursary awards programme is in keeping with the BVOF mission to discover and support exceptional talents, helping to define a new future for Irish artists that have the potential to develop successful solo careers. 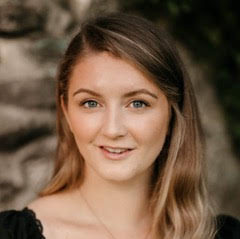 Ellen Mawhinney is a native of County Antrim and successfully completed her Master of Music Vocal Performance programme at the Royal Conservatoire of Scotland under the tutelage of Wilma MacDougall in 2020. She previously graduated from the RCS with a Batchelor of Music First Class Honours degree.  Her opera performances include Die Fledermaus with NI Opera, the role of Amore in RCS Opera Scenes, Scottish Opera’s concert production of Prokofiev’s The Fiery Angel and English National Opera’s collaboration with RCS of Dove’s The Day After.  Ellen was the inaugural recipient of the Irish Heritage Brackaville Bursary for Vocal Studies at the auditions in the Wigmore Hall in November 2019. That followed her success at the Charles Wood Song Competition where she was also awarded first place.

Ellen was also appointed as a choral scholar for the Genesis Sixteen programme 2018-2019 and has since joined The Sixteen in concert for their world debut performance of James Macmillan’s The Grand Inconnu at the opening of the Edinburgh International Festival at Usher Hall and the Barbican Hall in London. In September 2021, Ellen sang in the second Irish Heritage Bursary Recital at the Blackwater Valley Opera Festival. 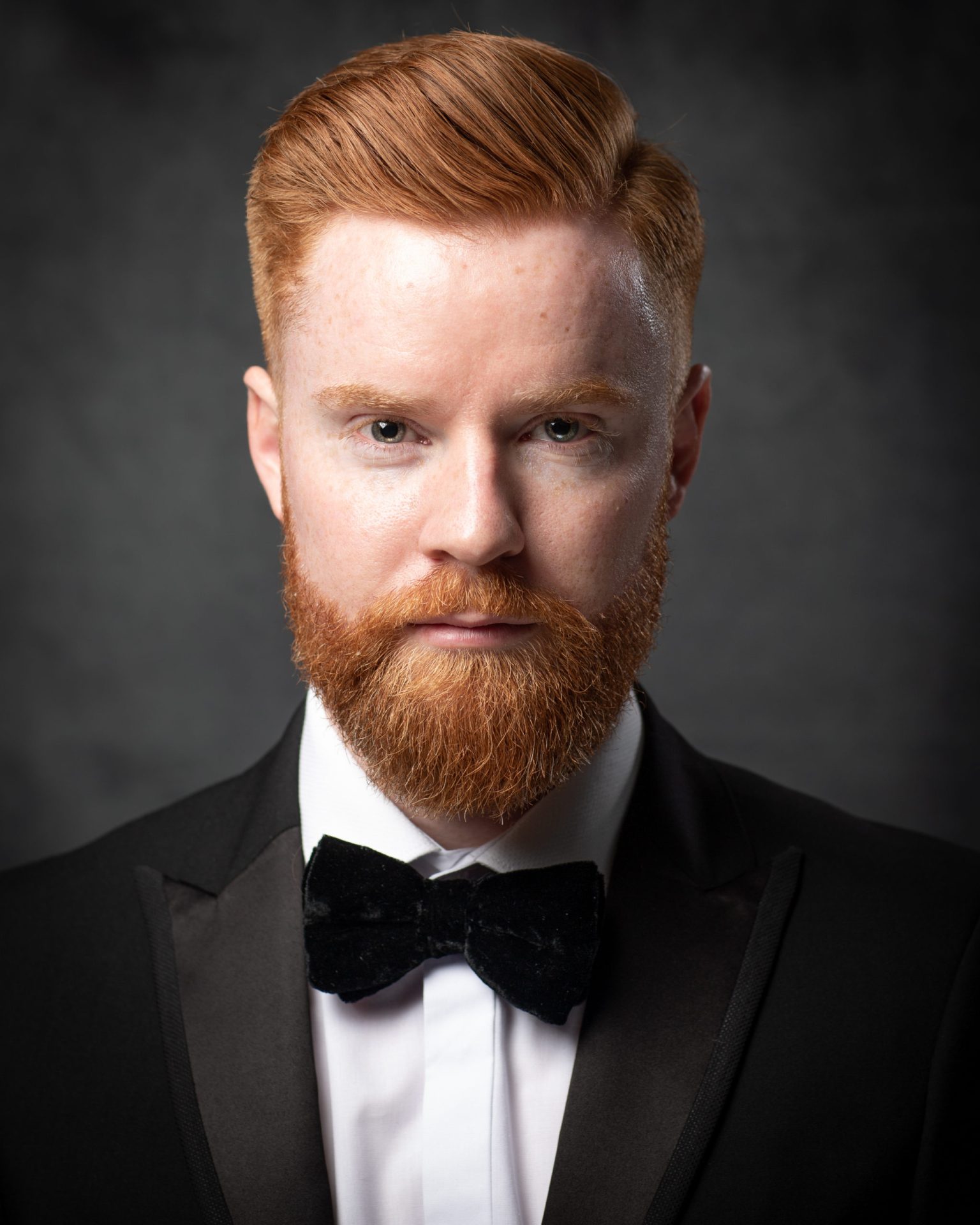 John Porter hails from Donegal, and is a graduate of Royal Academy Opera and University of Ulster. He currently studies under the tutelage of Rosa Mannion. John is a former Young Artist for Garsington Opera and Northern Ireland Opera, and a finalist in the Accademia Teatro alla Scala competition.

In 2021 John returned to Northern Ireland Opera in the roles of Alfred in Die Fledermaus and the Narrator in The Chronic Identity Crisis of Pamplemousse, he joined The Belfast Ensemble for Abomination: A DUP Opera and debuted as Tamino in The Magic Flute with Waterperry Opera Festival, and Count Almaviva The Barber of Seville for his four year with Jackdaws Music Trust.

In September 2021, he made his debut at the Blackwater Valley Opera Festival in two roles:  Rinuccio in Gianni Schicchi as well as Aeglamour in the recording of Ina Boyle’s children’s opera Maudlin of Papplewick. 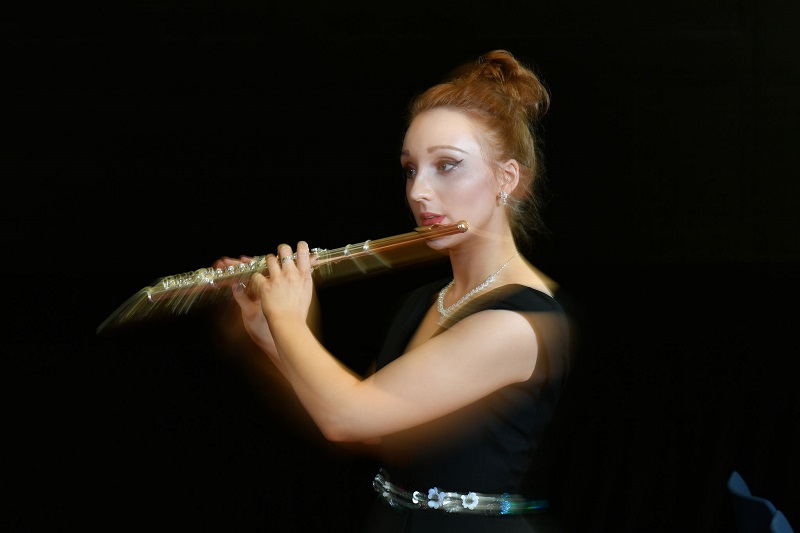 Amy Gillen graduated from the Royal College of Music London with a Distinction First Class Honours Masters of Music Performance in Classical and Jazz Flute and the prestigious Tagore Gold Medal. She received first class honours in her BA in Music Performance in Flute at the Royal Irish Academy of Music, and was awarded the McCullough Cup and RTÉ Lyric FM Bursary. She has performed as soloist with the RTÉ National Symphony Orchestra and RTÉ Concert Orchestra. Amy made her debut performance at the Wigmore Hall in London where she was awarded the 2018 Irish Heritage Bursary for Performance. Amy has won numerous prizes, including the Sir James Galway Rising Star Award, a14K Gold Nagahara, Flax Trust Bursary and Audience Award at the Flax, Belfast, Gemeinhardt piccolo and a Haynes head joint at GFF, Switzerland, Yamaha Woodwind and Brass Bursary for Ireland, and Most Promising Young Musician at Clandeboye Music Festival Belfast. 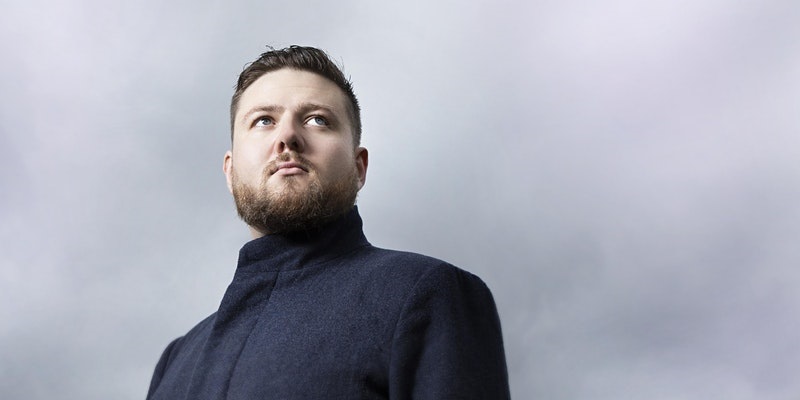 Rory Dunne studied as a singer and as an actor, and is a graduate of both the TU Dublin Conservatoire (BMus Hons) and The Bull Alley Theatre Training Company. His career has led him to work with Irish National Opera, Wexford Festival Opera, Cork Opera House, Northern Ireland Opera, Opera Collective Ireland, Lyric Opera Productions, Opera in the Open and the RTÉ Concert Orchestra Chorus. He has been awarded prizes from Feis Ceoil, Bernadette Greevy Bursary, Navan Choral Festival and the John McCormack Society, as well as being selected as a finalist in Northern Ireland Opera’s Glenarm Festival of Voice. 2021 performances included Cosi fan tutte with the Vienna Opera Academy, Gianni Schicchi with Blackwater Valley Opera Festival, Semele with Opera Collective Ireland and Le Songe d’une nuit d’été and Il Capuleti e i Montecchi with Wexford Festival Opera . 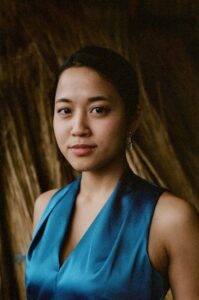 Naho Koizumi is a Japanese UK based soprano and is a recent graduate of The Royal Conservatoire of Scotland where she studied under the tutelage of Scott Johnson. She has previously studied with Sinéad Campbell-Wallace in the TU Dublin Conservatory of Music and Drama, where she graduated with a first-class honours degree.

Naho was also understudying the role of Lauretta in Gianni Schicchi during the 2021 festival, which was then followed by an engagement with Seiji Ozawa Academy as Ida in Strauss’ Die Fledermaus.

Darren Hargan is the founder and Artistic Director of Le Foyer des Artistes. He is a conductor and one of the most sought-after vocal coaches and accompanists for singers in Europe. From Derry City in Ireland, he is also a Swiss citizen. He studied on the prestigious joint course at the Royal Northern College of Music with the University of Manchester, spending his final year at the Conservatorium van Amsterdam, and was awarded a full scholarship to the Royal Academy of Music in London. Passionate about contemporary music, he has conducted several world premières and conducted the Philharmonia Opernhaus Zürich, Orchestre de la Suisse Romande, the Voralberg Sinfonieorchester in Bregenz, ORF Radio-Symphonieorchester Vienna, Arnold Schoenberg Choir, and the Karlsbader Sinfonieorchester in the Czech Republic. In 2019, he was invited to the Blackwater Valley Opera Festival where he conducted Don Pasquale to critical acclaim. He returned in 2021 to conduct Puccini’s Gianni Schicchi as well as the world première of Ina Boyle’s Maudlin of Paplewick in his own critical performing edition.

In 2022, Blackwater Valley Opera Festival and the Royal Irish Academy of Music announced a transformative new music prize to support the studies of two Masters students every year at Ireland’s National Music Conservatoire. The largest bursary of its kind in Ireland, the BVOF/RIAM Next Generation Awards will select one vocal studies student and one instrumental student annually to receive €20,000 per student. This new award will assist each winner to complete their two-year Master in Music Performance programme at the RIAM. Blackwater Valley Opera Festival has carefully designed the awards to meaningfully support the next generation of classical musicians studying and working in Ireland. The entrance bursary provides access to the acclaimed Masters programme at the RIAM, plus a unique performance platform at Ireland’s Summer Opera Festival – within the impressive setting of the Blackwater Valley in Co. Waterford.

The award is open to vocal and instrumental students worldwide who apply to study on the Masters in Music Performance programme at the Royal Irish Academy of Music, with a particular focus on applications from tenor/countertenors for the vocal award. One vocal student and one instrumental student will be chosen through their RIAM audition to receive the award, which will be provided as €10,000 in Year 1 and €10,000 in Year 2. Students interested in studying at Masters level at the RIAM from September 2022 can apply between 1 March – 12 April 2022. All applicants will be eligible for the award.

More information on how to apply and audition requirements can be found on riam.ie/apply

In 2017, Irish Heritage and BVOF established a collaboration to enhance the benefits of the former’s annual music bursary with the inauguration of the Irish Heritage Award. The recipients of this award are the winner and two runners-up of the Irish Heritage Bursary auditions that take place in the Wigmore Hall each year. The three young musicians share a special debut recital at Dromore Yard during the festival, giving them a vital opportunity to showcase their individual talents. The three students then each receive performance fees and travel expenses as part of their award.